Bankruptcies at lowest level since 1995 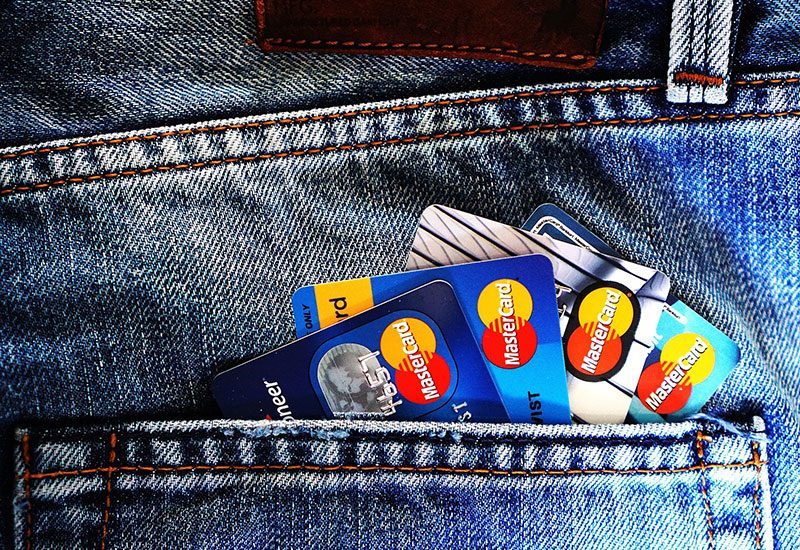 …but bankruptcy specialist cautions against complacency

Fewer Australians are filing for bankruptcy but now isn’t the time to get complacent. That’s the message from Jirsch Sutherland Partner and bankruptcy specialist, Stewart Free.

According to the July-September 2019 personal insolvency statistics from the Australian Financial Security Authority (AFSA), national bankruptcies are at a 24-and-a-half-year low, with 3,692 new bankruptcies recorded – a 6.4 per cent drop compared to the September quarter in 2018. The quarter saw the lowest level of bankruptcies since the March 1995 quarter.

“The AFSA figures provide an interesting insight into the state of people’s finances – and it’s great to see that bankruptcies have fallen,” says Free, a bankruptcy specialist. “One of the main reasons for personal insolvency is excessive use of credit, so it’s likely the decline in credit card usage is one of the reasons behind this fall. According to CommSec, using data released by APRA, credit card debt was at an eight-year low in May, which is heartening.

“However, while it’s great to see more people using their credit cards less, they shouldn’t take their eyes off the ball. With the Christmas and summer holiday period about to kick off, that’s when many people max out their credit cards. In addition, Australians are increasingly using ‘buy now pay later’ payment schemes such as Afterpay and Zip Pay, which could also cause issues if people overextend themselves.

“It’s vital to be in a strong financial position at the start of the new year, particularly if the economy falters. My message remains the same: there should be greater focus on financial literacy. Too many people take a ‘head in the sand’ approach when it comes to their own finances.”

Bankruptcies jump in the territories and Tassie

While more people in the NT went bankrupt during the quarter, the AFSA data shows 32 Territorians entered into debt agreements, compared with 41 in the 2018 quarter – a 22 per cent drop.

The AFSA statistics also showed that almost 25 per cent of bankrupts entered into a business-related bankruptcy.

“Often the lines between personal and corporate insolvencies can be blurred, particularly where owners of small businesses need to secure business loans with their personal assets or provide personal guarantees,” says Free. “I’ve seen a lot of bankruptcies where small-business owners have provided personal guarantees on business debt. In the event of default on a loan, a lender can go after the guarantor’s personal assets. That’s why it’s crucial to understand the risks and seek specialist advice to help mitigate any risk.” 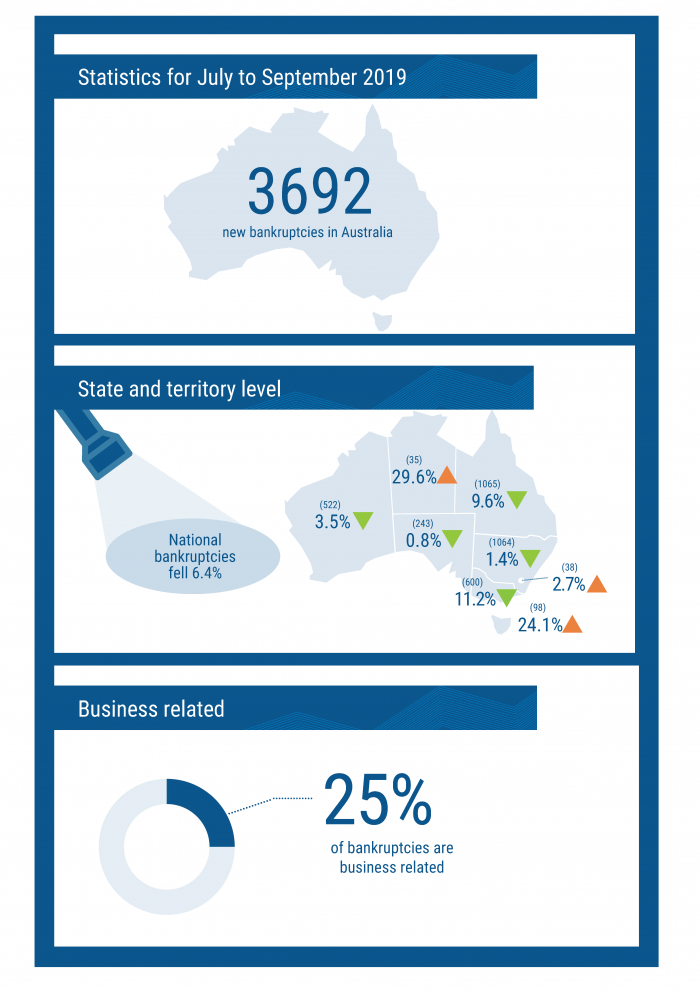