WA Insolvency Solutions > Insolvency News > Latest News > What are you giving when you give a gift card?

What are you giving when you give a gift card?

Christmas is just around the corner and once again thoughts turn to buying presents for family and friends. Gift cards are an increasingly popular choice but what happens if the retailer you’ve bought it from goes bust?

According to Choice magazine, Australians spend $2.5 billion a year on gift cards and as much as 8 per cent of that is never redeemed, delivering retailers an annual windfall of up to $200 million. But there’s nothing like a company going bust that focuses the attention and if you’re holding a gift card from an insolvent retailer, what’s your position?

Such a scenario isn’t too incredible. When retailer Dick Smith went into receivership the administrator confirmed there was next to no chance of its gift cardholders receiving a refund. At the time it went into voluntary administration in January 2016 there were more than 45,000 gift cards in circulation in Australia and New Zealand worth about $2.5 million. These holders had to join the queue of Dick Smith creditors.

Because of this consumers should be wary of giving gift cards as presents. Unlike cash they have an expiry date and there is the added danger of the retailer going bust.

Stewart Free, a Partner with Jirsch Sutherland, says the best way to protect against this issue is to purchase a prepaid debit card that is backed by a financial institution.

“This has the added benefit of allowing the recipient to choose the retailer where he or she wants to spend the funds,” he says.

There are some means of redress such as applying for a credit card chargeback, where the gift card purchaser’s bank can apply to have the credit card transaction reversed on the gift cardholder’s behalf. This can occur where goods or services have been paid for but not supplied. 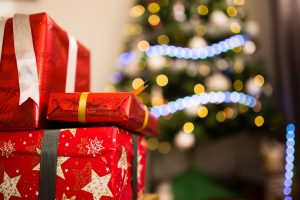 Other suggestions include that gift cardholders could be protected from the insolvency of card-issuing retailers through the establishment of a trust fund to hold gift card balances. This means that in the event of insolvency, funds would still be available to honour the cards.

The best way to protect consumers from their gift cards becoming worthless is obviously for companies to avoid insolvency in the first place. However, Christmas can be a stressful time for small businesses. The payment of invoices is often delayed as people go on holiday.