Jirsch Sutherland takes seminars back on the road 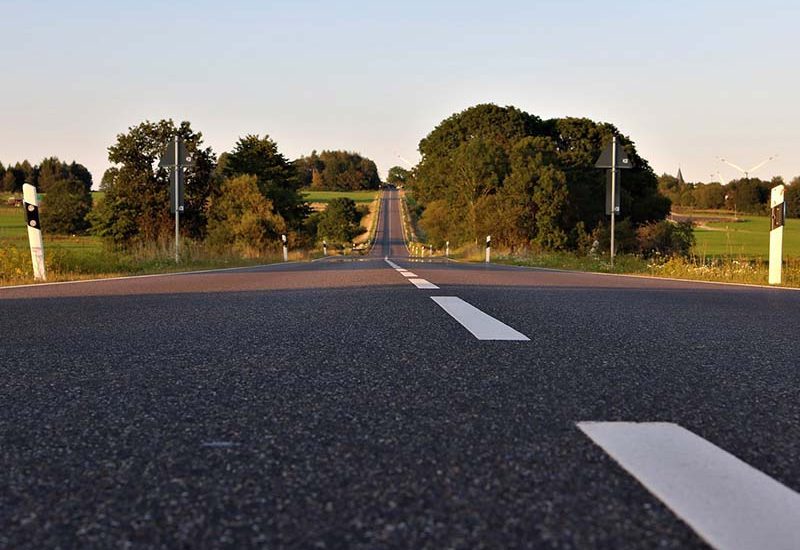 Jirsch Sutherland is taking its seminars to the regions again after last year COVID-19 forced the firm to change the format to online only. And while the webinars were well attended, Jirsch Sutherland Partner Lloyd Kerr says it’s good to be back on the road talking directly to clients.

“Many of our webinars last year dealt with what was going on with COVID and how businesses could prepare for the expected insolvency tsunami,” he says. “Now the economy is recovering, we’re taking to the road to discuss how accountants and advisers can help get their clients back on track if they’re struggling.”

Kerr adds, nothing beats chatting to people in person when you have an important message to impart. “It’s an entirely different atmosphere when you’re in front of people,” he says. “It also makes it easier for them to ask questions if you’re right there rather than on a screen.” 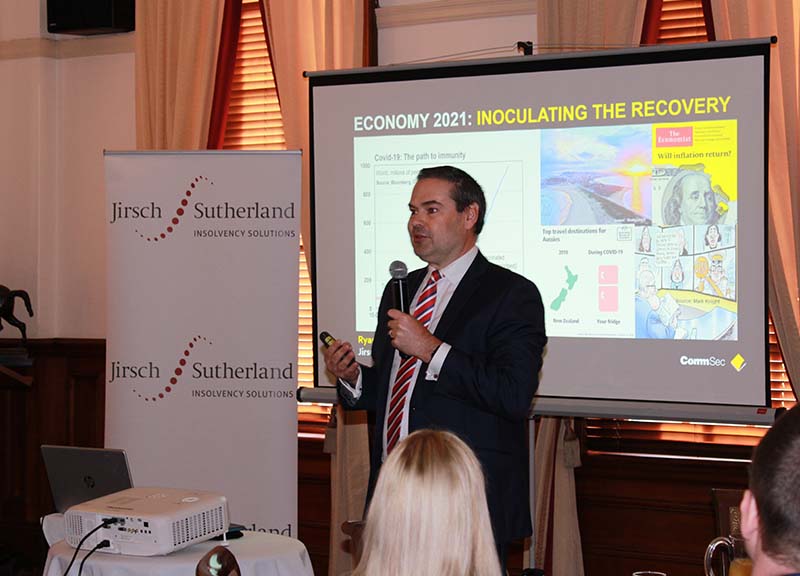 The most recent seminar event was held in Newcastle, NSW where guest speaker CommSec senior economist Ryan Felsman (pictured above) discussed the topic: Economy 2021: Inoculating the Recovery. As part of his discussion, he spoke on the current economic climate and the outlook for the recovery in 2021.

According to Felsman, the global economy is recovering strongly from the pandemic recession with Commonwealth Bank economists expecting world GDP growth of 6.3% in 2021. This follows the global economy contracting by 3.5% last year. CBA predicts global growth in 2022 will be 4.7%.

“Globally, the Chinese economy grew at the fastest annual rate on record in the March 2021 quarter, supporting commodities demand with Australia a key beneficiary, despite political tensions,” Felsman says.

China’s GDP expanded by 0.6% in the March quarter – the slowest quarterly growth rate since the global financial crisis. But the annual growth rate of 18.3% was the strongest since official quarterly records began in 1992 due to the policy stimulus and the country’s success at suppressing the virus.

“Meanwhile, the US economy is tipped to expand by the most since the early 1980s on the back of significant policy stimulus, including infrastructure spending by the Biden administration,” Felsman says.

He adds sharemarkets are straddling record highs, but downside risks around expensive valuations, geo-political tensions and US tax increases are in focus. “Bond market traders are fixated on whether central banks will begin to ‘taper’ bond-buying programs as inflationary pressures mount.”

Australia’s recovery unlikely to be consistent 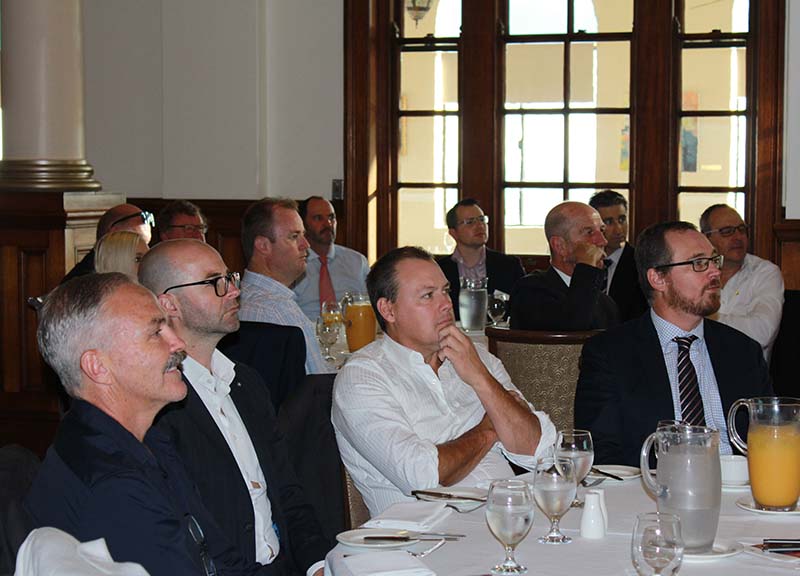 Felsman believes the Australian economy is on a solid footing due to its success at suppressing the coronavirus and expects a solid expansion in 2021. However, he says the government stimulus is fading and the vaccine rollout has been delayed.

He adds Australia’s recovery won’t be consistent across all industries. CBA’s research shows agricultural, forestry and fishing staged a strong recovery in the December 2020 quarter on the back of a bumper wheat crop. And the administration and support services, arts and recreation, and food and accommodation sectors saw a lift in activity and output as virus restrictions were eased. But utilities were down in the quarter and education and training struggled due to international border closures.

That said, Australia’s economic recovery is intensifying. A NAB survey showed business conditions measuring hiring, sales and profits hit a record high in March even as the government was withdrawing its JobKeeper wage subsidy. Business confidence eased from an 11-year high but remained above its long-run average with the data providing a positive signal for higher business investment and hiring.

“Retail spending in Newcastle has also picked up with the region ‘free’ of the virus,” he says. “ABS figures show that in March 2020, the City of Newcastle recorded 102,800 jobs while in January 2021 there were 102,779.  Education and training suffered a sharp fall in employment numbers while public administration and safety roles, and healthcare and social assistance jobs rose.

More recent data shows that Newcastle’s jobless rate has fallen from 11 per cent in July 2020 to 5.1 per cent in March, but employment is still 9,400 jobs below pre-pandemic levels.”

In the Hunter Valley, COVID-19 had a dramatic effect on tourism numbers. In the year to September 2020, there was a total of 9.3 million visitors, representing a fall of 27.8% year on year.

“COVID-19 hit tourism hard in this region, but an easing of restrictions in Greater Sydney has seen a surge in early 2021 visitor numbers to the Hunter wine regions,” Felsman says. “Overall, in the area job ads are lifting and we are seeing a gradual recovery. Job vacancies are up 52.2 per cent in Newcastle and the Hunter Valley over the year to March.”