Bradd Morelli, Jirsch Sutherland’s new National Managing Partner, admits he got into the insolvency sector by “pure luck”. But once he was in it, he was ‘thrown’ in the deep end (in more ways than one!)

“After graduating from university with a degree in commerce, I thought I’d better get a job in an accounting firm – whilst looking I received a call from a contact who asked me if I wanted a job and if I knew what insolvency was all about. ‘Yes and no’, I replied. I got the job and got off to a flying start!”

The job Bradd landed was with Grant Thornton. It was 1998 and the firm had just been appointed as Voluntary Administrator of four subsidiaries of Patrick Stevedores. It was the start of the infamous Waterfront Dispute, when Patrick’s sacked its entire union workforce. It was a watershed event in Australian industrial relations history.

“What an incredible time to be starting in insolvency,” says Bradd. “I was just a junior but it was still very exciting.” As part of the job, Grant Thornton team members were given the role of flying around the country to deliver cheques to the Maritime Union of Australia waterside workers (former Patrick employees). “I travelled to Melbourne with a bag full of cheques for the workers,” says Bradd. 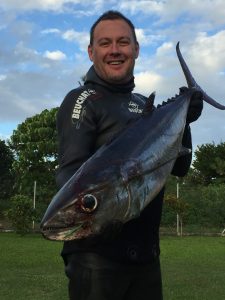 That was the start of Bradd’s insolvency career – and he was hooked.

One of Bradd’s next jobs involved working on the Voluntary Administration of Turf Monthly magazine and he was part of the team that produced two editions of the magazine before the Administrators found a buyer. “With these two matters I thought, ‘Wow this is for me!’” he says. And with Bradd’s interest in racehorses, he was in his element.

Twenty years later, Bradd has just taken over the helm of Jirsch Sutherland as the new National Managing Partner. And it’s a mantle he’s proud to have been given.

“My professional goals include being fair to people and supporting the SME sector,” he says. “I find it challenging when dealing with jobs where people have been ripped off by their advisers; particularly older couples whose life savings have been lost. Regardless of the matter, it’s important to approach the job with empathy.”

When it comes to “dodgy” operators, Bradd says he’s encountered quite a few. “I once handled a job where the director told me he was getting the company records I’d requested, but I heard from someone else that the director had actually hired a skip bin and planned to get rid of the records,” Bradd recounts. “I hightailed it down there to find the guy with one foot on a stepladder and the other pushing the records down into the skip bin. Let’s say the look on his face was one of absolute surprise!”

Film and TV a keen interest

While Bradd has worked across a vast array of industries, one area he has specialised in is the film and TV sector. Getting involved in it was also pure luck. “I had friends working in this sector who recommended me for jobs and I’ve since handled quite a few matters. It’s often a fun area with many loveable larrikins involved,” he says. “It’s also an industry of ‘feast and famine’ with people living the ‘boom’ lifestyle even when that’s ended.

“I find the Producer Offset, which provides a rebate for producers of Australian feature films, television and other projects, and Members’ Voluntary Liquidations particularly interesting.”

“I’m looking forward to continuing to grow Jirsch Sutherland across Australia and leading the team in assisting and supporting SMEs and other businesses out of their difficulties,” he says. “My focus will also be to further build the culture of the firm across all states.”

One thing Bradd says he is prepared for is leading the team when the overdue and inevitable “reset” of Australia’s economy happens. “We’re long overdue for a recession. Everything’s a cycle and the reality is there’s always a boom and a bust; it’s just the time between them that varies,” he says.

Bradd also ensures he’s at the forefront of the many changes the insolvency industry is experiencing and providing support to clients, advisers and team members. “I’m well aware of the challenges we’re facing in this industry and it’s important to be agile and minimise the uncertainty that change can bring.”

Part of Jirsch Sutherland’s culture is supporting the communities in which the firm operates, a role Bradd dives into eagerly. Bradd supports Jewish House, a charity which provides crisis intervention and prevention services in Sydney’s Eastern Suburbs. Bradd also provides assistance to Awesome Newcastle, which presents monthly grants to help community projects in the area. Together, Bradd and the Newcastle office are strong supporters of the Westpac Rescue Helicopter Service and the Mattara Surf Classic (one of the longest continuously running contests in Australia, with a history matched only by the Bells Beach Surfing Classic). “The Mattara Surf Classic was at risk of being stopped due to a $1,000 shortfall in the event’s funding,” Bradd explains. “A friend of mine and a supporter of Jirsch Sutherland, contacted me about this and we became an event sponsor to ensure that the event went ahead. We have now been supporting this event for a number of years.”

As a father to a five-year-old son, Bradd is looking forward to introducing him to many of his favourite pastimes, one of which is spearfishing. “I do a lot of spearfishing and last summer I taught my son to dive down to six feet in the pool. I was an incredibly proud dad. I obviously need to hold him up until I teach him to equalise.”

It’s obvious wherever he goes and whatever he does, the water will play a big role in Bradd’s life.