Post-boom Western Australia moves past the doom and gloom

A retrospective analysis on the mining sector downturn and where the WA economy is now heading.

It seems only yesterday that every commentary on the Australian economy referenced the powerhouse that was Western Australia.

The stand-out state was the jewel in the country’s crown for more than a decade; its mining boom fuelling the nation’s spectacular growth, making it the envy of the world. It boasted an unemployment rate that was lower than the national average, where FIFO workers commanded the big money that allowed many of them to upgrade the quality of their homes and acquire “toys” such as fast cars, jetskis, motorbikes and boats. 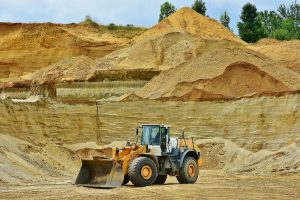 It was a time when economists were reporting tripling rates of capital spending by the resources sector and when prices for commodities were reaching never-before seen levels.

In early 2013, for example, a tonne of iron ore was worth over US$150. These were prices that saw Australia’s terms of trade soar to a level some 75 per cent above their average for the preceding century. Few countries have lived through such golden times.

It’s been more than five years now since investment in the mining industry peaked. Commentary has moved on from WA’s exceptional growth to how the economy is transitioning from its capital construction phase to its production phase.

Kim Strickland, Managing Partner for Jirsch Sutherland’s Perth office, WA Insolvency Solutions, has noticed a decline in the WA workforce across a number of sectors including commercial construction, transport and manufacturing since 2011. Another sign of a slowing economy is the increase in Perth CBD vacancy rates – currently around 25 per cent – a result of the downsizing of office workforces.

“In addition to a decline in the construction workforces on sites across the region there has been a steady deterioration of property values in industrial areas due to high vacancy rates in factories and workshops that were reliant on mining project construction and supply,” Kim says. “We have also seen a deterioration of values in residential and investment properties in mining-related towns of up to 75 per cent in the last two years.”

While the impact of the downturn is being felt across WA, economists are hopeful projects such as the Gorgon gas project (A$75B), which is yet to come into full production, and the Wheatstone gas project (A$45B), poised to commence production, will provide a much-needed boost to the region.

“In the past two years the Sino Iron project (A$10B) and the Roy Hill iron ore project ($10B) have been completed and gone into production,” Kim says. “Although the combined capital cost of constructing these projects has substantially been spent, there will be substantial royalties payable for many years to come, which will help both the Western Australian and Australian economies.”

Kim adds that each of these projects requires considerable resources in order to operate efficiently, including large workforces – both direct and indirect – on-site and at locations such as Onslow, Dampier, Karratha, Port Hedland and Broome.

And while jobs in the mining sector may be waning it’s not all doom and gloom. Sectors such as healthcare and social services and arts and recreation are expanding, delivering economic value and employment. Hospitality is also continuing to create job opportunities.

“In addition, the price of iron ore, which fell to less than US$40 a tonne in late 2016, has now rebounded to a current price of US$72 a tonne, with record tonnage currently being shipped,” adds Kim. “It’s an indication that the industry and, indeed, the economy is evolving.”

With government spending on the state’s infrastructure projects increasing as well as a lift in consumer demand, which is helping to support employment levels, prosperous times are once again on the horizon for the WA economy.