How a ‘rescue mission’ saved a viable business

At Jirsch Sutherland, we’re often asked for examples of business rescue matters we’ve handled where an otherwise sound business has gotten itself into financial difficulties. Jirsch Sutherland Partner Lloyd Kerr, who is highly skilled in workout solutions, recounts the matter he handled for a family-owned home improvement/renovation business in the Newcastle region that had been around for several decades but was in distress.

We started working on this matter just before Christmas 2018. The business was started by the current director’s father and had been in operation for many years. Unfortunately, the owner – let’s call him Bob – had a falling out with his accountant and the company’s paperwork was, to put it mildly, a wreck. Bob then engaged a new, hands-on accountant who got stuck into cleaning up the books and discovered that rather than taking wages, the owner had built up a sizeable Directors Loan Account.

What’s the issue you ask?

Directors Loan Accounts can be a problem for businesses. Often, they come into play when an accountant advises that tax can be saved by paying directors a small salary (or no salary) and the balance of drawings are put to a loan account. However, if the company enters any form of insolvency administration, such as Voluntary Administration or Liquidation, then the Administrator will require the amount to be repaid.

So, with Bob’s business, that was a significant problem. Not only that, but the company also had a large tax bill and several late lodgements.

Bob and his accountant took a deep breath and reviewed the business and found that, fortunately, it was fundamentally sound. They realised they needed new systems – but they also needed to address the elephant in the room: the ATO, which was getting pretty insistent. Bob and his accountant tried to talk to the ATO, but it had reached a point where they would only deal with an Administrator. Which is where Jirsch Sutherland came in.

The business – which was part manufacturer, part importer and also bought product from wholesalers – was placed into Voluntary Administration. We traded it over the busy Christmas/NY period, which had its own set of challenges. A major concern for VA professionals is the cash-flow of a trading business; it must be cash-flow positive. And for Bob’s business, we had to take into consideration staff holiday payments, supply chain shutdowns over the festive season – and the fact that it was a busy period, with potential customers spending the time looking to renovate their homes.

Another consideration was paying off the debt. Bob and his brother owned an investment property and Bob was paid out, which took care of the loan account. We then worked closely with Bob and his accountant as they put together a Deed of Company Arrangement (DoCA), which the creditors subsequently agreed to.

From a creditor’s point of view, there are two key advantages to having an Administrator appointed:

1. An independent third party steps in and examines the company’s assets, liabilities, accounts and transactions. Creditors are able to make business decisions in regard to a DoCA based on this knowledge; and

2. The Administrator also forms an opinion on the business’s viability to trade as a going concern in the future.

We liaised with the ATO (the company’s majority creditor by a long way) in regard to the DoCA proposal and the company’s affairs. The ATO and creditors resolved to accept the DoCA, which estimated a return of 32 cents in the dollar to unsecured creditors.

Part of the DoCA’s terms was that the company would bring its tax lodgements up to date. In essence, the DoCA also provided more time for this to occur as it would have been impossible for the accountant to bring several years of lodgements up to date in the matter of a few weeks. That’s not all. Bob had been served with a Director Penalty Notice (DPN), which meant the ATO held him, as the director, personally liable, which showed up on his credit record, making it difficult for him to get a loan.

It was an excellent outcome: Bob’s accountant was delighted to have the matter tidied up so he could work with the business and not have to worry about historical debt. And, of course, Bob was thrilled to be able to continue to trade the business and take it from strength to strength.

It took some time and a lot of liaison, but it was a great result and helped save a viable business. 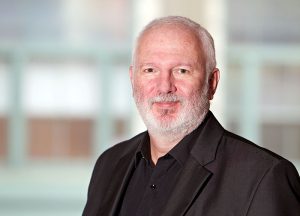