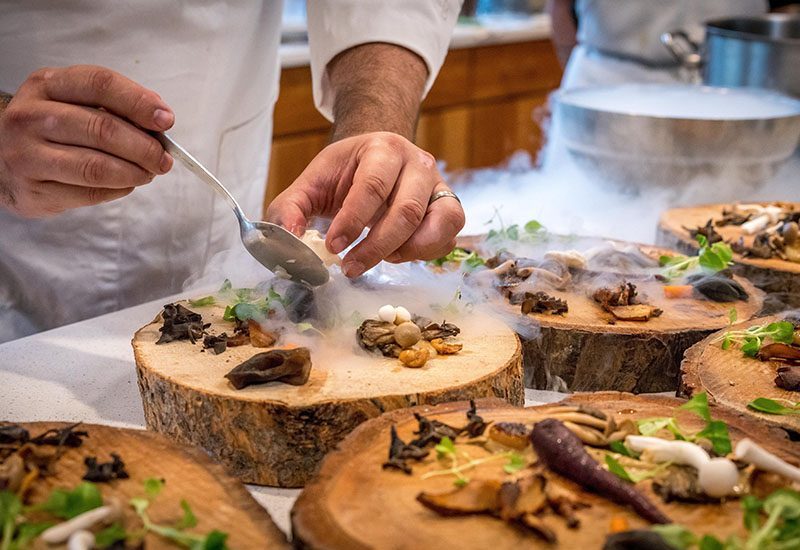 Recently the Sydney-based ACME restaurant announced it was shutting its doors – just another in a spate of restaurants around Australia to pull up stumps, highlighting the ongoing problems the hospitality sector is facing.

The well-known restaurant announced in July that it is closing after five years. Chef and co-owner Mitch Orr was quoted in a recent article as saying the best advice he could give for anyone opening a restaurant in Sydney would be “not to do it”.

The hatted restaurant is one of several that have closed its doors this year. The list includes Sydney restaurants The Bridge Room, Longrain, Billy Kwong, Paper Bird and Oscillate Wildly, Brisbane eateries Esq, Esquire, Madame Rouge and Aria, and in Perth, Ku De Ta, the new Normal Bar & Kitchen, and The Dutch Butcher Lunchbar & Café (the Voluntary Administration of which is being handled by WA Insolvency Solutions, Jirsch Sutherland’s WA division).

Orr attributes the difficult times the industry is facing in Sydney to the lock-out laws, shaky economy and lack of government support. “Add to that staffing issues, Uber Eats and the culture of ‘new is better’,” he said.

The issues the industry is facing is reflected in ASIC figures showing a rise in the number of accommodation and food services businesses becoming insolvent. In 2016-17, 803 businesses became insolvent, rising to 952 in 2017-18.

Help is coming from the Reserve Bank of Australia, which recently made cuts to the cash rate. Restaurant and Catering Industry Association CEO Wes Lambert says the lower interest rates are welcome as they “ease the financial squeeze” that so many in his industry are facing due to rising costs, such as power prices.

“Restaurants and cafes, the vast majority who have 20 or fewer employees and whose profit margins average two per cent, simply cannot continue to absorb rising power prices,” he says. “Neither can they afford to cover penalty rates for their full-time and part-time employees who have to be paid 225 per cent of their base pay rate for work on public holidays.”

Finding a point of difference

Jirsch Sutherland Partner Andrew Spring says there is a range of reasons for restaurant closures and agrees Uber Eats is one, along with high capital set-up costs, rising rent and electricity prices, high staff costs and increasing competition from alternative culinary options, such as the gastropubs.

“Restaurants need to find a point of difference to survive but too many are missing the mark,” Andrew says. “Historically restaurants have operated on very tight margins. By finding its niche a restaurant may be able to compete less on price, thereby allowing it to pass on the increasing costs of business.”

For restaurateur David Singer, who owns the popular Frenchies Brasserie at Elanora Heights on Sydney’s Northern Beaches, having a point of difference was crucial. “For us, it was being crystal clear about what we wanted to deliver,” he says. “We needed to be a destination venue located off the beaten track, ‘over-delivering’ on the quality of dishes and service. To achieve this, we needed a team who had experience and most importantly were passionate about the industry.

“We have tested a number of initiatives and many have worked and some have not. The difference for us is that we measure their success and make business decisions based on numbers and feedback and when something is not working, we make a change quickly.”

Andrew says if a restaurant is struggling it needs to act immediately. “If your business is showing signs of financial difficulty, don’t ignore it,” he says. “It is critical that you seek advice from your accountant or other trusted adviser as soon as possible rather than wait until it’s too late.”

A quick fix could be to find ways to manage your cash flow more effectively, Andrew says. “Restaurants have a fortunate cash flow cycle, as they often get paid by their customer before they have to pay their creditors. However, without good cash flow controls and management reporting, this may provide a false sense of security to restaurateurs.

“If margins are not maintained, then liabilities may accrue in the background like a sleeping bear about to awaken. Most commonly, the bear will awaken when statutory liabilities such as Pay As You Go (PAYG) Withholding Tax, deducted from employee wages, becomes payable at the end of the quarter. Having an ongoing discussion with your accountant about how to manage your money better can make the world of difference. In addition to your accountant, it’s also important to speak with your bank and your suppliers so you can work out better payment terms.