Return of the one-year Bankruptcy Bill

The one-year Bankruptcy Bill was introduced into federal parliament on October 19, reducing the default period of bankruptcy from three years to one year. Similar legislation was previously in the Bankruptcy Act 1966 before being repealed in 2003. So why has it been reintroduced?

Another reason for the change is to encourage entrepreneurs to re-engage in business, but Phil says discharged bankrupts will still find it difficult to borrow money after one year.

“When the bankrupt period was spread over three years, bankrupts were able to establish a new credit rating through their savings, income or paying their bills on time,” he says. “So the reduction to one year will make this more difficult.”

Following the introduction of the Bill, it’s likely that more people will declare bankruptcy, rather than find a solution to their financial problems. Phil says those most likely will be those with credit card debt who are keen to rid themselves of problem debts. “There is a concern that these people will just continually run up debts and declare bankruptcy a second or third time,” he says.

But while the reduction to one year may benefit those who want to re-engage with business earlier, it makes sense to try and avoid entering into bankruptcy altogether.

“Some people will try to ensure their income is below the thresholds and therefore pay no contributions in the year of bankruptcy, but look for an increase in income once discharged. Item 34 of the General Outline sets out details to stop high-income earners from abusing the system, but if a person takes a lower remunerated position this is not abuse.” 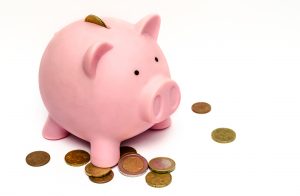 Phil is working with two bankrupts who have changed their employment position and are receiving much less than they were previously ($200,000 down to $100,000). “But I am confident that once they are discharged they will again seek the higher paid roles,” he says. “This type of action may also affect the amount of child support the bankrupt is required to pay as child support is based on a person’s income.”

“I do not agree with the reduction to one year; I supported a reduction by one year, back to two,” Phil says. “Of course the fact that Trustees are able to object will mean certain bankrupts may still serve the full period of five to eight years.”

Features of the Bankruptcy Bill*