Safe Harbour and Ipso Facto reforms passed by the Senate

It’s been 12 years in the making, with the Senate passing the long awaited safe harbour and ipso facto reforms.

The legislation was introduced as part of the Federal Government’s National Innovation and Science agenda. Parliament passed safe harbour reform for directors in relation to insolvent trading liability and moratorium on reliance by solvent counterparties on ipso facto clauses in voluntary administration and creditors schemes of arrangement. There is also a provision for an independent review of the safe harbour provisions after two years of operation.

The Australian Restructuring Insolvency and Turnaround Association (ARITA) worked extensively with Treasury on these laws, and in a communique to members, John Winter, ARITA Chief Executive, wrote that “it is a significant achievement to have them passed into law”.

However, amendments to tighten the obligations on directors seeking safe harbour protection and a requirement to use a registered liquidator as part of the restructuring effort were defeated. These were closer to ARITA’s detailed 2015 policy positions, although Mr Winter said the association was happy to see the law go through in its current form.

The Government proposed some technical amendments to the ipso facto provisions which were accepted. These amendments reflect ARITA’s most recent submissions on technical aspects of the Bill.

“As we have advocated all along, these reforms were vital to have in place before another economic downturn and to build a genuine restructuring culture,” Mr Winter wrote. “The success of these laws will now turn on how the director community responds to the new protections and if they believe it will allow them to work on a business turnaround without unreasonable fear of prosecution.

“The other important challenge will be to ensure that ARITA members are seen as being the obvious and necessary choice as restructuring advisers and that, in turn, we keep out dodgy advisers.”

The safe harbour laws will come into play the day after the Bill receives Royal Assent, while the ipso facto provisions are set to commence on July 1, 2018 (or earlier by proclamation).

“The safe harbour changes are certainly a positive result,” says Jimmy Trpcevski, Partner a partner at Jirsch Sutherland’s WA office (WA Insolvency Solutions). “It gives directors breathing space, providing them time to consider the position of the company early in the piece, without the potential threat of insolvent trading. In turn, it may improve the position for creditors, such as exploring restructure or the possibility of a sale, which may lead to more of the company’s value being preserved.

“The ipso facto legislation eliminates the immediacy of insolvency clauses in certain contracts, such as 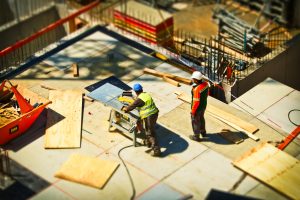 within the construction industry; however, at times it may not be the ideal situation if the contract is still in place. Like with any major changes to legislation, it is a challenging time in the profession and industry.

“With the expertise of the personnel at Jirsch Sutherland/WA Insolvency Solutions, we are equipped to deal with the changes and continue to provide the high quality work and service expected from our referrers and clients.”