WA Insolvency Solutions > Insolvency News > Latest News > Till debt us do part: what happens to your debts when you die?

Till debt us do part: what happens to your debts when you die?

Everyone knows the phrase, “Nothing is certain except death and taxes”, but Jirsch Sutherland believes it should be: “Nothing is certain except death, debt and taxes”. That’s because despite public perception to the contrary, your debts do not die with you. And, if you die leaving more debts than assets, not only will you be declared bankrupt but your creditors will be paid before your beneficiaries – not something they want to be dealing with at such a stressful time.

Jirsch Sutherland Partner Chris Baskerville says the general situation is that all debts not provided for must be dealt with from the assets of the deceased debtor – unless specific provision has been made for them to be discharged, such as through an insurance policy. “And where the assets are insufficient to meet all the debts, the estate is deemed insolvent.”

Chris has handled many cases that deal with death and bankruptcy. The situations vary depending on whether the bankruptcy was declared before or after death – and whether a will was left.

Death before bankruptcy and no will:

One example was of a man who died after a Creditor’s Petition was filed in court, but before the bankruptcy became effective. He died without any assets and did not leave a will.

“The court appointed one of my colleagues as his Bankruptcy Trustee,” Chris says. “Having no assets and no will, there was no ‘Legal Personal Representative’. Without this, the man would have remained an undischarged bankrupt forever. We applied to AFSA to end our administration of the bankrupt estate, given it was never going to end.”

Death before bankruptcy and with a will:

In another case, a doctor died leaving more debts than assets, with the only asset of value being a studio apartment.

“The executor of the estate contacted me for advice,” says Chris. “I advised he needed a Court Order to appoint me as the Bankruptcy Trustee and to take carriage of the estate, once appointed. We sold the apartment, which only covered the costs of the executor and the trustee in bankruptcy.”

Death after bankruptcy and no will:

In this situation, a man died after personally filing for bankruptcy. The administration was conducted as normal and finalised three years after the bankruptcy commenced – as is normal – and the deceased was “discharged from bankruptcy”.

Windfalls around deceased estates and bankruptcy: 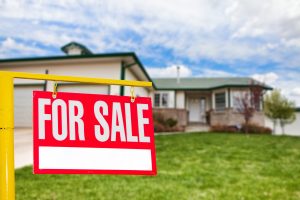 If a living bankrupt is a beneficiary in a will, after the person who owns the will dies, a Bankruptcy Trustee can receive the benefit from the will to pay the bankrupt’s creditors. This is referred to as “after-acquired property”.

It is the same concept as if a bankrupt won the lottery, says Chris. “A Bankruptcy Trustee would take the winnings, pay the expenses of the estate and the creditors and, assuming there is sufficient monies left over, return the remainder to the bankrupt and effectively release that person from bankruptcy.

Chris found certain creditors, including major financiers, would write off a debt owed by a deceased. But this wasn’t always the case.

Order of priority payments, if the deceased estate becomes bankrupt:

If the deceased had more debts than assets, his or her property is dealt with differently.

“If the deceased left substantial debts, some of them could be paid from the sale of their estate,” says Chris. “In these instances, the estate may be made bankrupt in a way not that dissimilar to the way a living debtor is made bankrupt, and is administered by a Trustee in Bankruptcy.”

Generally speaking, creditors are paid before the deceased’s beneficiaries, even if that means selling assets to pay the debts and significantly reducing what’s left to distribute to loved ones.

If the deceased estate becomes bankrupt, the order of payments is as follows [inter alia]:

“If you’re an executor of a deceased estate, my advice is to act with considerable caution,” says Chris. “Because if you distribute all the assets to beneficiaries before they pay the deceased estate’s debts, then you could end up being personally liable.”