Facing insolvency is never a pleasant scenario but when you’re a small business there is the added frustration that Australia’s insolvency regime is not set up to adequately deal with the particular characteristics of SMEs.

In a recent article in The Conversation, University of Newcastle law lecturer Kevin B Sobel-Read and research assistant Madeleine MacKenzie stated 60 per cent of small businesses cease trading within the first three years of operating and while not all close due to business failure, those that do face an awkward insolvency regime.

“The lack of an adequate insolvency regime for SMEs inhibits innovation and growth within our economy,” the article stated. “It adds yet more complexity to the already difficult process of structuring a small business. Further, it increases the cost of funding. Lenders know that recovering their money can be onerous if not impossible, so they impose higher costs of borrowing.”

[To read the article in The Conversation click here].

The World Bank discussed the issue in its Report on the Treatment of MSME Insolvency. It found that micro, small, and medium enterprises (MSMEs) drive employment, economic growth, and entrepreneurship across the world and since not all small businesses are bound to succeed, it’s important to have a fair and effective insolvency system in place.

The report said this would ensure that business failure could be resolved either by rehabilitating the viable ones or liquidating the non-viable ones, and reallocating capital and labour in a timely manner.

The report found MSMEs are often the largest users of insolvency systems because they often don’t have sufficient access to credit and can have difficulties weathering financial shocks.

Jirsch Sutherland Partner Malcolm Howell said that overlap can be a major issue for small businesses. “It’s important to go into a business with a proper business plan, which many SMEs unfortunately don’t have, in addition to holding enough capital to ride out the quiet times – and it’s equally important to ensure that the exposure to your personal assets is minimal,” he says.

“All too often we see small business operators who have put the family home up as security for business borrowings, and then when the business gets into financial difficulties they end up losing their home. Where possible, directors need to let their company stand on its own two feet – however, many people blur the lines between their business and personal assets.”

Around 97% of Australian businesses are SMEs and reasons for business failure include inadequate cash flow or high cash use, poor strategic management and trading losses.

“The best way to meet the needs of SMEs would be to create a tailored scheme that sits between the corporate and personal regimes, as has been done in Japan and Korea,” the report stated. “These regimes focus on speeding up the proceedings, moving the process out of court where possible and reducing the costs involved.”

The mandatory mediation process goes a long way to achieving this, Malcolm says.

“The Court imposes mandatory mediation on insolvency practitioners in an attempt to stop parties going to court. In my experience, mediation is successful in the majority of cases. Not only does it enable claims to be settled quickly and enables creditors, who have already lost money, to find ways of reaching resolutions cost effectively, it also prevents against tying up the Court’s time.”

As there are many differences between individual SMEs, any system needs to be flexible and comprise a core process along with an array of additional tools that may be invoked, the report goes on to say.

“Such a scheme would ideally allow business owners to commence the insolvency process and remain in control throughout,” the article stated. “The process would sift through businesses to identify those that remain viable, and produce cost-effective means for their preservation.”

It added that non-viable businesses would be disposed of, using pre-designed liquidation plans where possible and relying on court processes and professionals only where absolutely necessary. 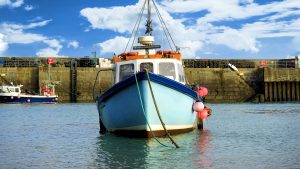 Malcolm says the new Safe Harbour laws are a step in the right direction, although it’s too early to say whether they will help companies get back on their feet without any type of formal Administration.

“Safe harbour gives directors breathing space without the threat of insolvent trading hanging over their heads,” says Malcolm. “The laws are obviously brand new, so time is needed to see how effective they are. But the premise of safe harbour is that it tries to let business owners and their advisers deal with the situation in a controlled environment.”