Dealing with cash-flow issues by not paying employees their super entitlements is becoming more of an issue in Australia, especially among SMEs. And if the companies undertaking this type of practice become insolvent, the affected employees may never see those entitlements.

The statistics around employees being shortchanged their super are startling. An Industry Super Australia analysis found that in 2013-14, almost one in three employees missed out on $5.6 billion in unpaid super contributions – or around $2025 per person. This equates to a loss of around $24,000 in super for those close to retirement.

The Association of Superannuation Funds of Australia (ASFA) came up with different numbers although ones that still highlight it as a problem. ASFA CEO Martin Fahy said non-payment of super is increasing in Australia with at least 690,000 or 6.5 per cent of the workforce affected annually. 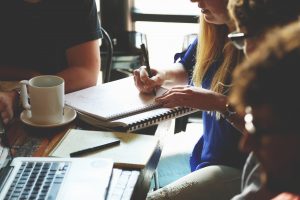 Despite the disparity in the figures it is clear that underpayment or non-payment of super is a real concern.

Fahy said the treatment of unpaid super in the case of employer insolvency and bankruptcy also needs attention. “This area is currently subject to a complex combination of legislative provisions but the focus should be on achieving the maximum possible recovery on behalf of affected employees,” he said.

Half super debts relate to insolvency

The ATO has previously indicated that about 50 per cent of superannuation debts it deals with relate to insolvency. Australian Securities and Investment Commission data indicates non-payment of super is more common in accommodation and food services, construction, business and personal services, retail trade, and transport industries.

The practice of using employees’ super to deal with cash-flow problems can arise for a number of reasons, such as creditors failing to pay on time. When this happens super contributions are often turned to as a way to cover shortfalls.

In March this year, Industry Fund Services CEO Cath Bowtell told The New Daily that feedback from her organisation’s credit collection officers showed “cash flow is one of the most common reasons the employer will give for not paying.”

Of course there are penalties for not paying super obligations. Minimum Super Guarantee contributions must be paid to an employee’s nominated fund by the quarterly due date. A failure to do this comes with penalties, which includes a 10 per cent interest charge on the outstanding amount.

However, if an employer becomes insolvent and has not paid its super entitlements then it becomes even more of an issue. When a business collapses, employee entitlements are paid before unsecured creditors, which means that employees get paid their wages, super, annual leave entitlements and then redundancy entitlements before anyone else.

But if there isn’t any money available, employees don’t receive anything unless they are eligible for the Fair Entitlements Guarantee, which protects employee entitlements. However, it does not protect Superannuation Guarantee entitlements.

ASFA estimates it would cost up to $150 million per year to include unpaid Super Guarantee payments in the Fair Entitlements Guarantee, with up to 55,000 affected individuals who would benefit from the initiative annually.

Jirsch Sutherland Partner Trent Devine says a large proportion of companies he comes across in his insolvency work “borrow” their staff’s super to bolster cash flow.

“The issue of companies, particularly SMEs, using their employees’ unpaid superannuation to manage cash-flow shortfall is a major issue in Australia – and employees need to be more vigilant,” he says. “If a company becomes insolvent and there is no money in the company when it goes under, then the Fair Entitlements Guarantee (FEG) won’t cover the employees’ super entitlements.”

Trent says that the federal government has enacted legislation, such as the use of the Director Penalty Notice (DPN), to make directors personably liable for employees’ superannuation in certain circumstances, but “often the director does not have any assets either or they have a myriad of other creditors chasing them personally.”

There needs to be some sort of solution to prevent this situation occurring, possibly further government intervention, Trent believes. “For example, instead of it being paid quarterly, employees should be paid their super when their salary is paid. However, it is still up to the employee to ensure their money is being paid into their superannuation accounts.”